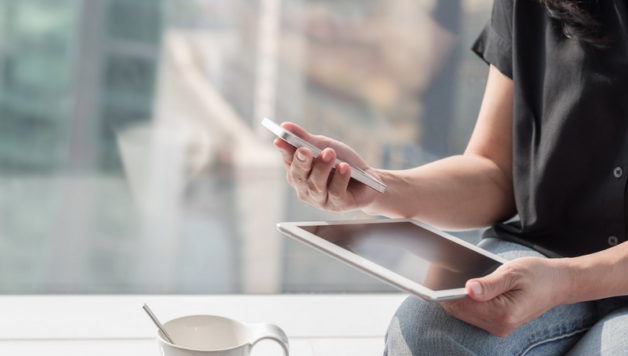 Virtually every U.S. employer knows that the Department of Labor (DOL) and Internal Revenue Service (IRS) make a distinction between employees and self-employed contractors. They also know that the distinction is not always black and white. There are lots of gray areas in how employees are classified. These gray areas are especially problematic for companies involved in what is known as the ‘virtual marketplace’.

DOL considers a virtual marketplace company (VMCs) to be “an online and/or smartphone-based referral service that connects s service providers to end-market consumers to provide a wide variety of services, such as transportation, delivery, shopping, moving, cleaning, plumbing, painting, and household services,” according to a recently published opinion letter.

In that letter te DOL clarified its stance on whether or not VMC workers are true employees. They are not. Instead, the DOL views them as service providers. That makes them independent contractors for tax reporting purposes.

A Change of Direction

The opinion expressed in the recent DOL letter marks a change of direction under the current administration. Back in 2015, the Obama administration’s DOL saw things differently. It was their opinion that VMC service providers were, in most cases, regular employees entitled to all of the same rights and benefits as their counterparts on the company payroll.

This new opinion creates a confusing situation, explains Dallas-based BenefitMall. As a nationally known payroll and benefits administration provider, BenefitMall says that the DOL opinion is just that. It is not binding in a court of law. The department’s opinion is simply an official opinion as to how existing law should be interpreted. A court could go with that opinion or decide something different.

Why They Are Contractors

Reaching their conclusion required the DOL to look at current law encapsulated in the Fair Labor Standards Act (FLSA) along with IRS guidelines. The former is fairly concise while the latter is quite ambiguous. It is those same IRS guidelines that cause so many worker classification problems, according to BenefitMall.

The DOL eventually struck a balance between the FLSA and IRS guidelines. They determined that VMC service providers are contractors rather than employees for the following reasons:

Again, the DOL opinion does not carry the force of law. Unfortunately, that leaves VMCs to more or less fend for themselves. If they review the DOL and IRS worker classification guidelines and determine their service providers are independent contractors, that is what they go with. If they are wrong, it’s up to a court to decide.

Victory for the On-Demand Economy

Proponents of the on-demand economy welcome the opinion as being positive. It might even be considered a victory given the opinion of the previous administration. At least for now, VMCs can go back to doing business as usual. These service providers are considered by this administration to be independent contractors who negotiate their own rates, pay their own taxes, handle their own insurance, and so forth.

Note that the opinion does not alleviate the responsibility for companies to correctly classify their workers. Also note that the opinion only relates to VMCs. A company that operates outside of the VMC definition is subject to an entirely different set of guidelines.