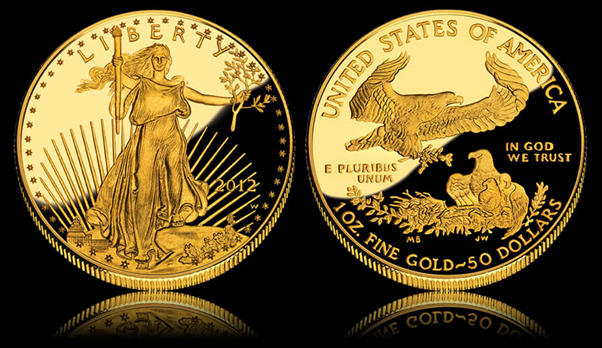 What is the best version of the American Eagle Coin?

Numismatics place the American eagle coin on the very top of the pieces that are most popular and most important in the world of the collectors. This is the official US bullion and aside from being the official today, it comes with a lot of history and importance.

The gold version of this coin was the official American bullion since 1792 and up until 1933. The minting stopped this year because with the bill passed by Roosevelt it was then illegal to own any gold and everyone had to turn in their possession and change it with official paper dollar bills. Learn more about this here.

The minting started again in 1986 when silver and gold bullions were made with high purity. The production stopped in 2008, then it was back again in 2010. Since then the Eagle is minted without stoppage until today.

In 1997 the public was introduced with the Eagle being crafted in another metal – platinum. Similar to silver but original in its own way, the coin had a major success. The government didn’t expect such outcome so they continued minting the platinum coins up until today with the minor stoppages as the other materials faced through the years.

The Eagle made of gold

The gold eagle has a special place in the hearth of every person dealing with numismatics. The combination of history and perfection in minting give this piece a special touch.

It is made of 91.67% gold, 3% silver, and 5.33% copper. It’s a 22 karat piece. The weight of the original is 1.09 troy ounces and comes with a denomination of 50 dollars. There are smaller versions and they all carry the same amount of metal ration in them.

As one of the most successful bullions in the world, you’d think that the price would be enormous, but there are so many proof and uncirculated coins that it’s impossible to have them in your possession and expect to sell them for a non-standard price.

Of course, the old ones dating 100 years ago and beyond are something else. Their price can be a little higher depending on the rarity, the quality, and other important issues.

The silver option looks the same as the others with the difference of the color that this metal produces. It’s made with maximum possible purity of 99.99%. The mass is exactly 1 troy ounce and the face value is 1 US dollar.

Since the real value of silver is around 16 US dollars at the moment, you can easily find this coin and buy it for a fair price. If you love collecting and you have a lot of other coins in your possession you simply can’t miss having this one because it’s very affordable and yet, it’s a real must-have.

As a younger version of the rest is the Platinum eagle. It comes with a denomination of $100 and below. The purity is 99.95% and it’s in production since 1997.

What’s interesting about this is that every year it comes with a different design made by many different designers. They were produced in the West Point Mint and that’s why they all have the letter W on the front side.

The rarity of every single one of them makes platinum eagles very popular between collectors. The price of the platinum is high and that’s why not everyone can afford them. However, those that live for numismatics always find a way to get their hands on them.

Since 2017 the West Point mint started minting the Eagle in another precious metal – palladium. Palladium is a part of the platinum family but it’s almost double more expensive than the first.

With a face value of $25 and a mass of 1.0005 troy ounces, the Palladium coins come for a price of over $1.500. The first year of minting there were only 15.000 produced, just like in 2018. The sale of these pieces was spectacular. The first release was completely sold in 5 minutes, so probably the government will have to think about making more of them in the future.