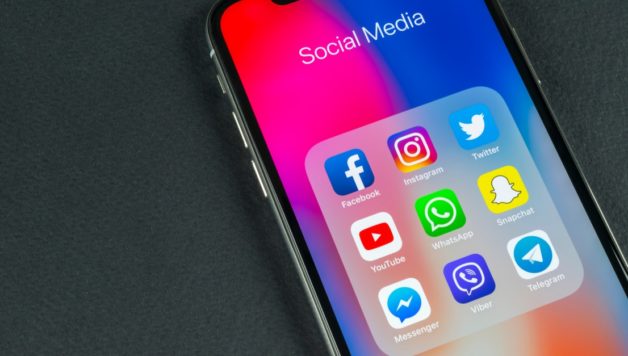 Technology, the use of the internet and electronic devices are like a double-edged sword. We say that because, on the one hand, technology has helped in making a lot of parenting tasks much simpler for parents, but on the other hand, it has also put their kids at risk especially when it comes to facing dangers on the internet.

We have seen many cases where parents resort to the undetectable spy app for Android or iPhone to keep a close eye on their kid’s online activity and see what they have been doing on the internet lately. Monitoring and spy apps have helped parents know which social media apps can be useful for their kids and which extremely dangerous.

Several internet dangers surround social media apps that include cyber stalking, cyberbullying, sexual predators, catfishing, pornography, sexting, and what not. Being parents, it is your responsibility to protect your kids and teens from online stalkers, predators, harassers, and all sorts of creepy internet users that could cause potential harm to them and also disrupt their lives badly.

These people have dark, hidden, and dangerous motives and could be potentially harmful to your kids. They can send inappropriate and embarrassing messages to your kids on these social media apps and make their lives miserable.

The only way to protect your kids from these harmful people on social media apps is to teach them how they can avoid such people on the apps and to monitor their social media activity with the help of monitoring or parental control apps.

Below, we have outlined a few social media apps that could be harmful to your kids and are frequently abused by dangerous people.

There is no need to give any introduction to Snapchat as most of us are already aware of it. The app has millions of users from across the world. However, this popular “bubble messaging” app comes with its own fair share of privacy issues that puts many users’ privacy, especially that of kids and teens, at a huge risk.

Back in 2014, the Snapchat app was hacked and a large amount of data including personal photos of users were exposed. Besides that, the app has the ability to automatically destruct the snaps as soon as they are viewed by the recipient. Whatever little time the recipient has to see the snap can be used to take screenshots of the snaps and then later exploit them. That is why Snapchat is not considered safe for kids.

With over 500 million active users from across the globe, TikTok stands as one of the most popular video-sharing apps to date. The minimum age to join the app is thirteen but there is no proper way to verify someone’s age on the app which makes it easier for anyone to download and use it.

Another major concern for parents is the use of inappropriate language in some videos uploaded on TikTok. Such kind of videos are not suitable for kids. On the other hand, all TikTok accounts are public by default. This means any person can view the videos uploaded by your kids and reach out to them through those videos.

These are some of the reasons why TikTok could be potentially dangerous for your kids. Make sure you monitor your kid’s TikTok activity with the help of a monitoring app. If you feel your kids do not like the idea of you monitoring their social media activity, you can use the best free hidden spy apps for Android or iPhone to spy on their activity without them knowing.

Ask.fm is another social media app that every parent needs to be aware of. This app allows users to ask any question they want. They can ask the question as themselves or as an anonymous user.

Whisper is a social media app that allows users to make confessions about themselves or something while being anonymous. Users can interact with each other on this app especially if they live nearby. The app makes use of GPS technology to track nearby Whisper users.

On one hand, the app keeps the user’s identity completely anonymous, but on the other hand, it does show the location of the area from where the messages are being delivered. Consequently, any online predator or cyberbully can know the exact location of the victim and can target them easily. In 2013, it was reported that a man allegedly used the Whisper app to track an underage girl through her messages and then raped her.

Houseparty can also pose some risk to your kids. This is a social media app that permits users to interact with each other through text messages and video calls in a chat room. The video calls are live without any screening tools. This means your kids engaged in a video call can be exposed to any sort of inappropriate content.

The Most Easily Accessible Christian Gift Ideas for Her

Say Sorry with the i love my wife necklace

The Top Reasons to Consider VoIP for Your Business

Focusing On The Concept Of Sales Funnel For Business