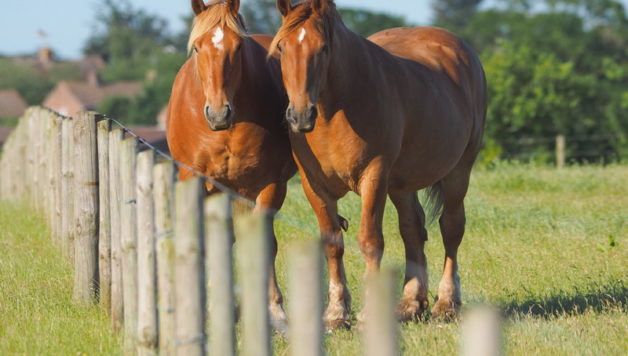 Electrified Fencing is Safer for Animals than Barbed Wire

A number of high-profile news stories in recent months have brought the topic up electrified fencing to the forefront. People who never gave electrified fencing a thought are suddenly wondering how it works and whether or not it’s the right solution for controlling animal populations. Many people are concerned about its safety.

Electrified fencing brings a lot to the table. At the top of the list is the fact that it is safer for animals than barbed wire. As much as we humans might think getting shocked by electric fence is a bad thing, it’s better than getting tangled up in barbed wire. It is also more effective at controlling animals when properly installed.

Electrified fencing in the U.S. is primarily the domain of farmers looking to keep their cattle from wandering away from the field. But the technology works well for all kinds of animals. In Uganda, a brand-new electrified fence has just been installed at the Queen Elizabeth National Park. The point of the fence is to prevent interactions between human visitors and the elephants living in the park.

Elephants are voracious animals with the ability to completely decimate crops planted near where they live. This creates a conflict between the animals and farmers. To keep them separate, electrified fencing creates a barrier that elephants can learn to avoid.

In Scotland, a new electrified fence has been installed at the Edinburgh Zoo. It was installed around an open enclosure built for the express purpose of getting pandas out into the open rather than continuing to keep them confined in glass enclosures.

An open enclosure will give the pandas more freedom to move around. It also puts them in a more natural environment. And like their elephant counterparts in Uganda, it won’t take long for the pandas to learn to stay away from the fence. Once that behavior is learned, keepers should have no worries about them pushing the boundaries.

Electrified Fencing is a Deterrent

What most people don’t understand is that an electric fence is not intended to harm. Fences are relatively low voltage, and they don’t carry a constant stream of electricity. Instead, electricity pulses through the fencing wire at quick intervals. On contact with a live fence, the animal experiences a quick shock of electricity and nothing more.

Electrified fencing is seen as better than barbed wire because it causes no harm. Animals learn to go nowhere near a fence after just one or two contacts. Once they learn to stay away, there is no longer a danger of them breaking through. The same cannot be said for barbed wire.

Barbed wire fencing offers little deterrent effect. And what deterrence is there isn’t experienced until it’s too late. By the time an animal understands that a barbed wire fence is painful, it is already entangled in the wires. Furthermore, large animals like elephants can completely destroy a barbed wire fence in short order.

Electrified fencing is safe for controlling animals. It’s better than barbed wire because it acts as a deterrent. They are using it in Uganda to help protect elephants from angry farmers. They are using it in Scotland to give pandas a more natural living environment. We use it here to keep cattle in their fields and unwanted animals out.